With the sudden death of her mother at the age of fourteen she left to live in Thessaloniki, Greece with her grandparents.

Nyovee began modeling shortly after returning to New York in the mid 90’s. After three years of living in New York, she decided to take her modeling career to the west coast where she appeared in several movies, magazine ads, commercials and television shows. 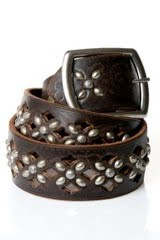