AURELIE BIDERMANN - the art of happiness 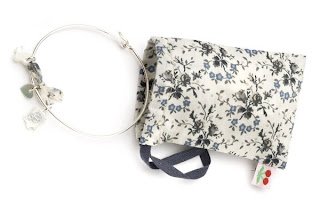 Aurelie is a French jewelry designer, with a Masters in Art History. Her career started in New York at Sotheby's impressionist department. She then moved to study gemology in Antwerp and specialised in technical drawings at BJO in Paris. 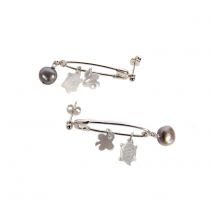 Then followed a period of extensive travelling; during her stay in India she became fascinated with the symbolism of Indian charms, the mixing of stones and talismans. In 2004 she started to make her own pieces in a workshop in Paris and they are taken on by the trendy boutique Colette. This is where I bought my first charm made by her: a mother-of-pearl little elephant dangling from a red string. 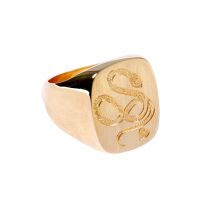 By 2007 here pieces were sold in Paris also at Bonpoint, Franck at Fils, Barney's in New York and the Dover Street Market in London.

These days Aurelie's style is well established: her poetic creations are a true declaration of peace. A red thread from Jerusalem married to a sumptuous jet black elephant from India, aquamarine and shells go together with a glittery topaz.... 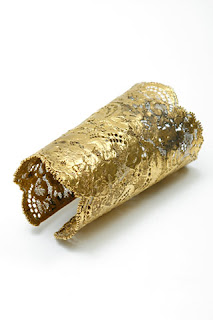 Love, serenity and fantasy are the foundations of the philosophy of this brand.
Her collection is now available also online at :
http://www.aureliebidermann.com/